After receiving his legal education from Duke University School of Law and beginning his career at one of New York City’s preeminent, corporate law firms, Johnson decided he didn’t just want to make a dollar; he wanted to make a difference. No longer satisfied with defending multi-million dollar corporations or helping them save their millions, Johnson wanted to put his well-honed legal skills to work for people who really needed it. Initially he sought to make this difference through representing low-income tenants in eviction actions against some of New York City’s worst slumlords; and while this was gratifying, he did not truly find his calling until he began seeking justice and compensation for individuals that had been injured.

Now, as Partner, and member of EEP’s trial advocacy team, Johnson takes particular satisfaction in recovering large sums from the same insurance companies and municipalities he used to defend. He already has several large trial verdicts under his belt including his recent work on a trial that yielded an 8-figure jury verdict for his client—a young mother who was struck by a New York City bus while crossing the street with her daughter. Johnson’s speciality practice areas include Motor Vehicle Accidents, Trip and Fall Accidents and Police Brutality cases. 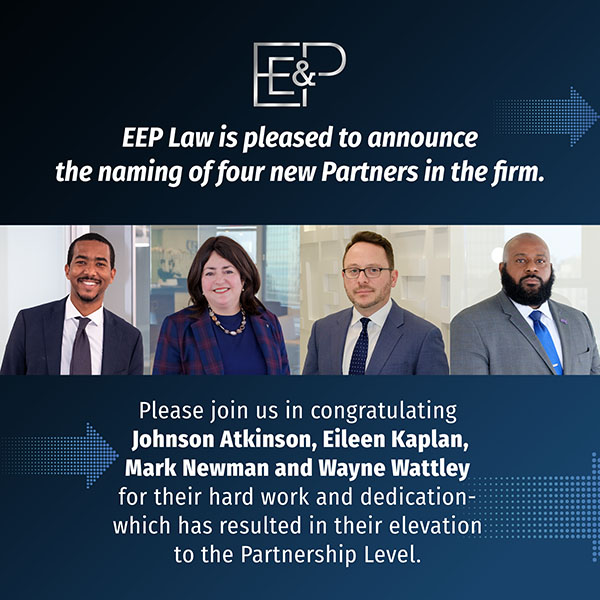 Read about Johnson’s promotion to partner.